Illustrations of various methods for communicating with deaf-blind people

Suggestions for using Print on Palm

One way to communicate with people who understand English is to print large, capital letters on their palm (first photo below).

Cane movement can be conveyed with a finger representing the cane, moving on a flat hand (yours or the student’s) which represents the ground surface.

[Below: series of photos shows a finger representing a cane being moved correctly, with the tip close to the ground.] 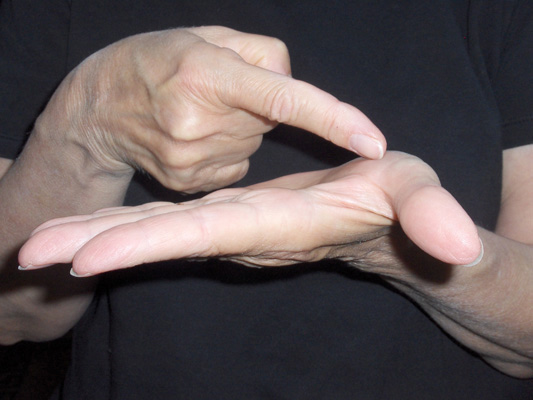 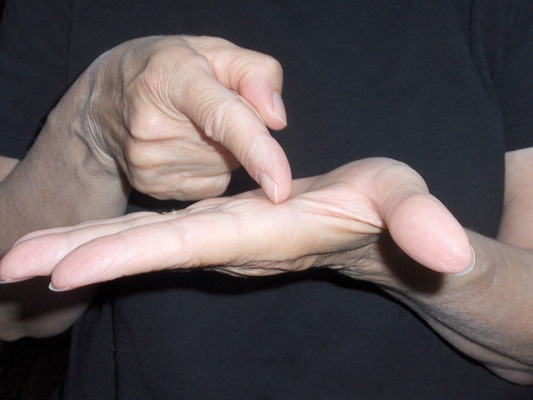 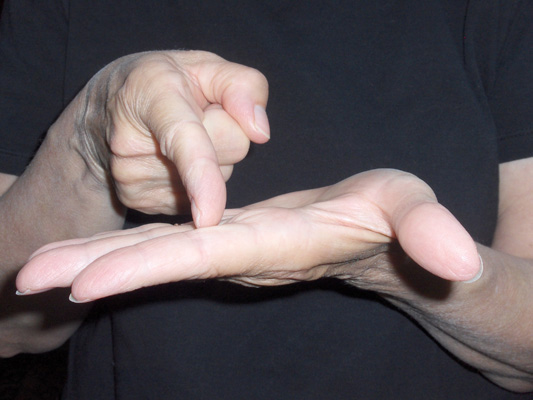 [Below: series of photos shows a finger representing a cane being moved incorrectly, with the tip being moved too high off the ground.] 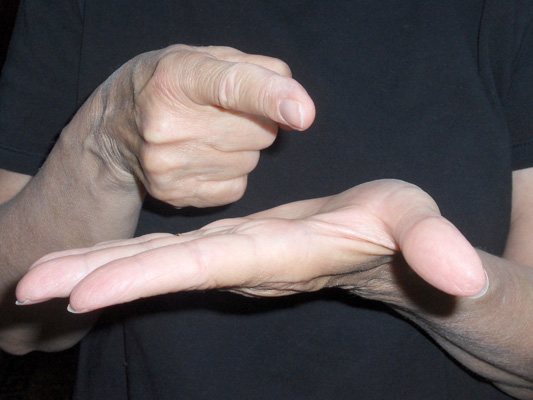 Vehicles can be represented with the ASL symbol for "vehicle," and moved to convey traffic movement and patterns.


[Below: hands representing vehicles show traffic moving toward each other (left/right).] 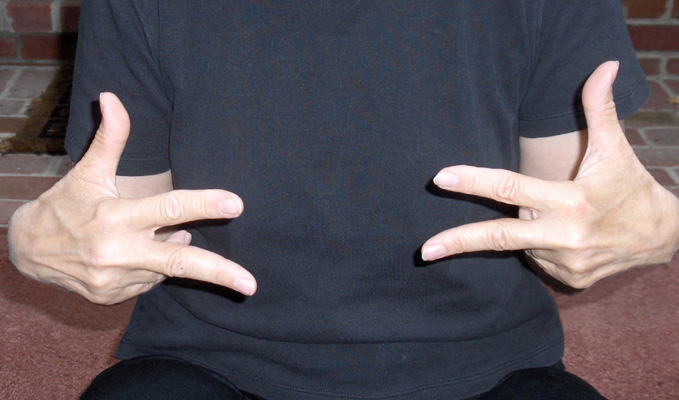 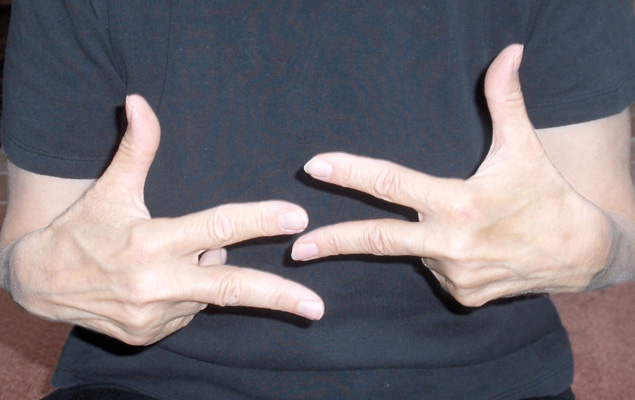 [Below: hands representing vehicles show traffic moving toward each other perpendicular to the first depiction (front/back instead of left/right).] 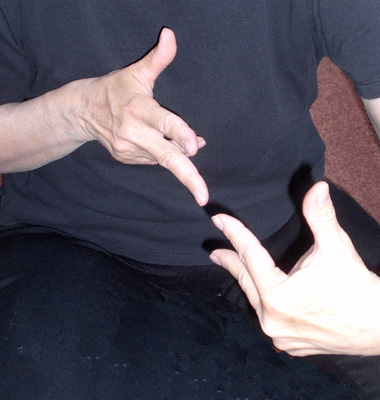 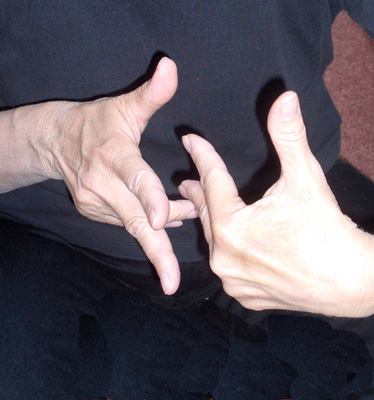